The Heart of Burren Beauty

Newtown Castle is located in the West of Ireland, at about a mile and a half distance from the picturesque village of Ballyvaughan. 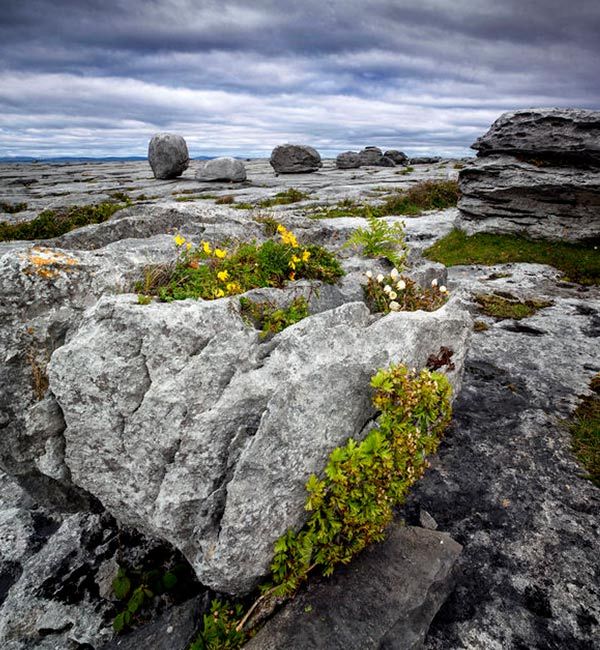 Situated in the middle of the Burren region, Newtown Castle is considered a hidden gem, one should not pass by without visiting.

The Burren itself, often referred to as “the fertile rock” – is one of the biggest karst limestone areas in Europe.

In 2011, the Burren and the Cliffs of Moher were awarded the designation of UNESCO Geopark. The status is accorded by UNESCO to sites worldwide which are considered of universal geological significance.

In 2021, on its 10th anniversary an updated Burren & Cliffs of Moher UNESCO Global Geopark brand was relaunched to honour the distinction of being part of the UNESCO family. 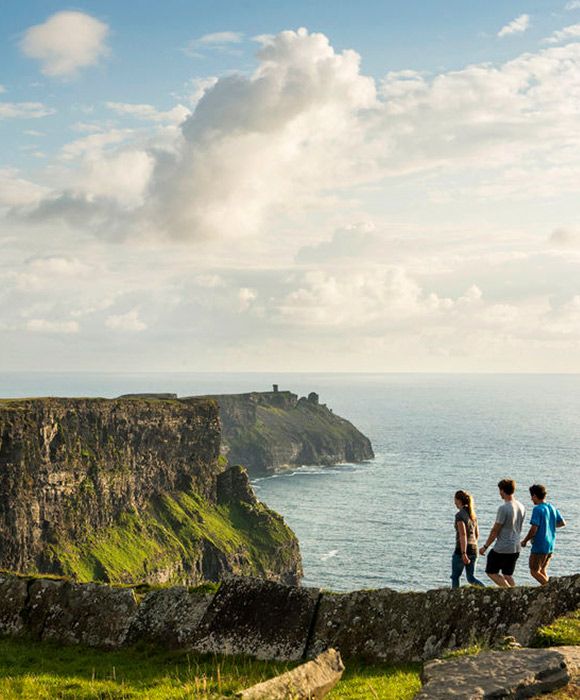 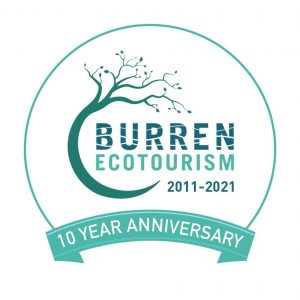 Since 2019, Newtown Castle has become an active member of the Burren Ecotourism Network  (BEN) – a group of businesses who are committed to the promotion of responsible tourism that conserves the environment and improves the well-being of local people. 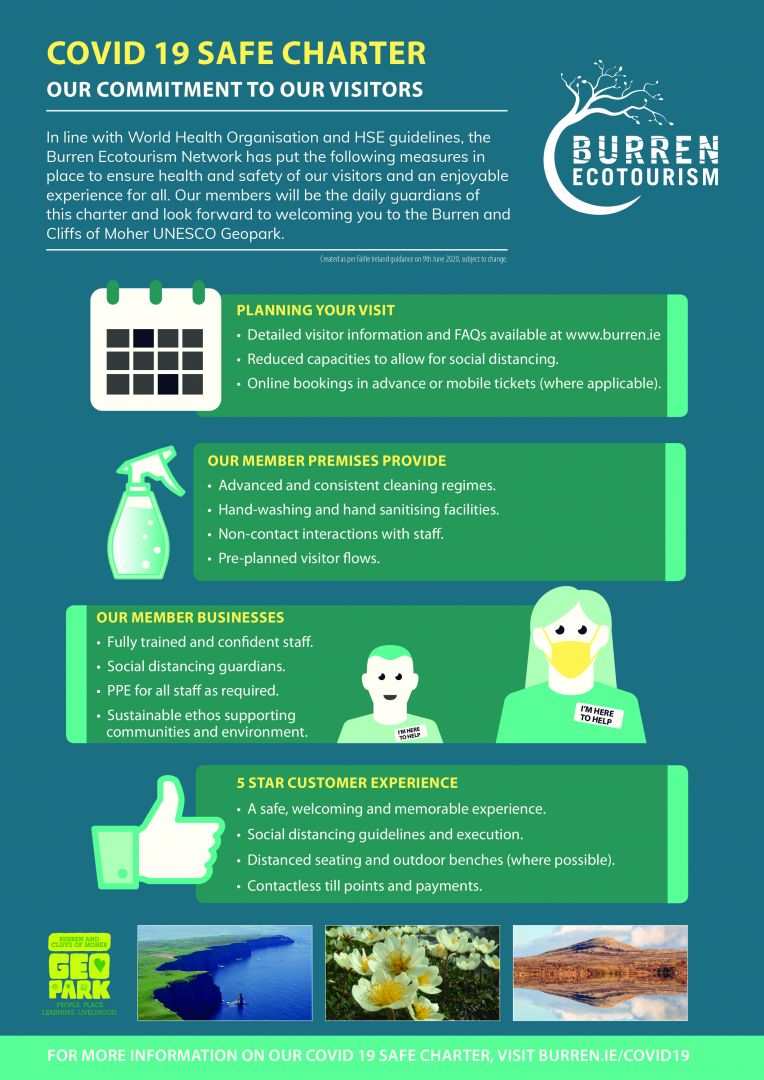 As an active member of the B.E.N., at Newtown Castle we are determined to provide our visitors and community with a safe, pleasant and enjoyable experience.

Leave No Trace in the Burren

Firmly believing in the benefits of the ‘Leave no trace’ programme, we encourage visitors enjoy the outdoors responsibly, by following these essential seven steps:

1. Plan ahead and prepare

2. Be considerate of others:

4. Travel and camp on durable ground

6. Dispose of waste properly: “If you bring it in, take it out” – take home all litter and leftover food

7. Minimise the effects of fire and avoid burning plastics or other substances, which emit toxic fumes.

This website uses cookies to improve your experience while you navigate through the website. Out of these cookies, the cookies that are categorized as necessary are stored on your browser as they are essential for the working of basic functionalities of the website. We also use third-party cookies that help us analyze and understand how you use this website. These cookies will be stored in your browser only with your consent. You also have the option to opt-out of these cookies. But opting out of some of these cookies may have an effect on your browsing experience.
Necessary Always Enabled
Necessary cookies are absolutely essential for the website to function properly. This category only includes cookies that ensures basic functionalities and security features of the website. These cookies do not store any personal information.
Non-necessary
Any cookies that may not be particularly necessary for the website to function and is used specifically to collect user personal data via analytics, ads, other embedded contents are termed as non-necessary cookies. It is mandatory to procure user consent prior to running these cookies on your website.
SAVE & ACCEPT